In 2016 I want to challenge myself to continue being fit and active while also working towards new fitness goals. I’ve been an gym goer for three years now and I’m so happy I decided to give it a try! Going to the gym makes me so happy and feel great about myself – I’m honestly a huge gym and fitness activist. I love that I have the strength to do tasks at home or at work without asking for help from others. As I’ve continued to do weight training, I’ve surpassed weights that I never thought I would be able to lift. I’m a five foot, small framed young woman, and generally my body type is not seen as being strong. But I’ve definitely surprised some guys at the gym who are pretty impressed at the weight I can squat!

Just because I’ve already reached a lot of goals doesn’t mean I should stop improving. In 2016, during spring and summer in particular I want to try new exercises during my cuts that will not only help me reach my fitness goals, but also my physical appearance goal. Reaching that goal is about endurance training and personal perseverance. Even though it’s only the new year and Minnesota has at least three more months of winter, I’m ready for spring so I can get back to running outside and start cutting!

Running a 5K | Above all other fitness goals I have set for myself, running a 5K would be the number one goal I want to achieve. I was never good at running while growing up and my mile runs in middle and high school were embarrassingly slow. I’m so proud of myself to now be able to run a mile in eight minutes, and running continuously for three miles. Now I want to do an actually 5K so I can be times, get one of those stickers for the back of my car, and proudly wear my T-shirt around the gym showing I was able to do it. 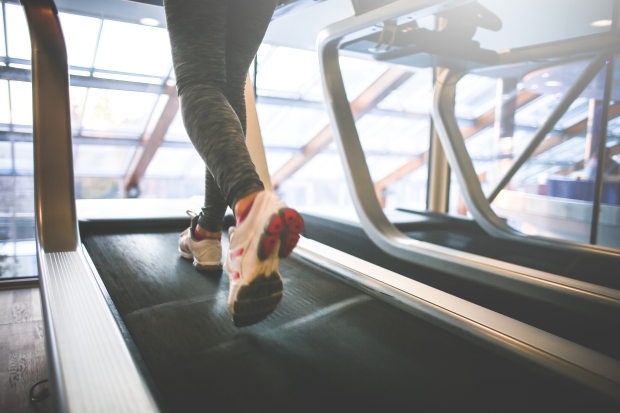 My dad recently went through a huge lifestyle change and he also wants to go for a 5K this year! It would be great if we could run it together and say we both achieved our goals of running a 5K! It was only this past fall that I started running outside, either before work or on the weekends, and it’s 10 times better than running a treadmill. Winter cardio is going to be rough

Incorporating a jump rope | My dad gave me and Jake a few Amazon gift cards for Christmas so we decided to finally purchase a jump rope. I’ve seen people using jump ropes at the gym in between sets for the past three years, and it’s been something that I’ve wanted to add into my fitness routine for a while. For the past two springs, I’ve done resistance training with low weights, high reps on all of the same routines that I usually stick to. While these have worked for my routine, this spring I’d like to try some new exercises that involve more high interval training, and adding in a jump rope for more cardio and calorie burning. Ideally I’d like to bring the jump rope to the gym on squat and dead lift days to do a few intervals in between sets, but my gym sometimes does not offer enough space for that to happen. I’m definitely going to use the jump rope during backyard kettle bell workouts to add in some cardio.

Do my ab exercises.
As much as I love going to the gym and being active, I absolutely hate ab exercises. I don’t want to do them. Ever. But if I want meet my fitness goals, I’m going to have to stick to them. First, I should ALWAYS be doing leg lifts when I’m at the gym. On leg day, back day, cardio day, chest day, anytime. I also should be doing exercises with my five pound kettle bell in my living room when I’m watching TV. Five sets will do it, just as if I were at the gym, but I’m going to have to stick with it. I think I hate ab exercises so much because the old saying, “abs are made in the kitchen,” is totally true for me. I have to be EXTREMELY diligent about the foods I eat in order for my abs to make an appearance in summer. And it’s not just about eating healthy, it’s about eliminating foods that have a higher carb and sugar count.

Obviously it’s not going to happen on chest or shoulder press; those muscles are so weak on me. I have a feeling I’ll hit 200 on squats before dead lifts, even though it should be the other way around. My legs were made to squat!

Squat Jake | So I’m already able to squat Jake’s weight, but I’m so scarred to try squatting Jake himself! Squatting a person is so much different than a bar. People tend to move and be a little more lumpy than a barbell.

January is a popular time of year for people to get back into their fitness goals as well as for people to make New Year’s Resolutions to get involved with fitness or lose weight.  January is also the time when I re-evaluate my fitness goals and start preparing for the spring cutting season.  I know spring seams far away, but by the time it arrives the hope is that I have built up enough muscle to be able to cut and still maintain my strength levels.

A few weeks before Christmas, Jake and I started a new lifting routine which includes a basic three-day split.  I decided to invest in a pair of lifting straps at the advice of a coworker to improve my grip strength and overall improve my dead lifts.  For the past two years, I’ve used gloves for lifting but it’s not my hands that need the help anymore as I’ve built up some pretty good calluses.  Ladies, do not be afraid of getting calluses from weight lifting.  Mine aren’t even noticeable to the eye and most days no one is holding my hands to feel them.  In addition to our three-day split, my goal is run or do some form of cardio twice a week.  I don’t put a lot of emphasis on cardio during fall or winter, but moving into spring I like to keep it consistent.  I’ve never been one for doing ab exercises (I hate them), but this year I’d like to make it one of my goals.  Jake and I will probably add ab exercises onto leg day because generally that is our fastest moving day.  This weekend I’d like to find a basic everyday ab exercise that I can do in the mornings or evenings on a yoga mat, nothing intense likes those ad challenges I see rolling around on Pinterest.  Remember abs are made in the kitchen, not at the gym.

During the fall and winter months, I spoil myself with Pumpkin Spice Lattes, pumpkin cookies, holiday parties, and all weight lifting at the gym.  Right now at the turn of the year, I have decided to start tracking what I eat and count my calorie intake.  I have used the app My Fitness Pal in the past and I really enjoy it.  Not only does it allow my to track my calories, but I can also see the breakdown of the nutrition in the food.  The app can keep track of your exercises and how many calories you burn which are then negated from your daily caloric intake.  The one downside to the app is that it doesn’t know how many calories are burned during strength exercises.  One of my best tips to eating healthy is to meal plan.  I like to prepare my lunch and dinners every week, cooking on Sunday’s and packing everything in containers for busy weekdays.  I just ordered a weekly whiteboard so that I can better organize meals for myself and for when Jake comes over.  I love lists and organizing my thoughts and I have been wanting a whiteboard for over a year now.

I’d like to do these fitness updates every three to four months, during the change of the seasons and fitness routines.  Moving into spring, my diet will become more strict with less carbs and high amounts of vegetables and protein.  The most important part of my fitness routine is making sure I’m keeping hydrated: drink all the water.  Start with a glass right after to step out of bed and add an additional glass or two if you exercise that day.

My Most Recent Thoughts